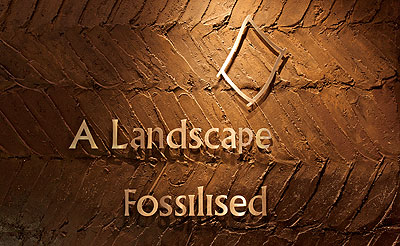 In the 1930s, cutting turf (or peat), drying it out and burning it for fuel was the traditional way for heating homes used by all the families living in the small village of Belderrig (or Belderg).

Belderrig is situated on the wild and beautiful coast of County Mayo in Ireland.

The local schoolmaster, Patrick Caulfield, kept coming across large numbers of stones deep down in the bog during the turf cutting process.
What really engaged his attention was the fact that they appeared to be placed in a regular formation. Also from the depth at which the stones were found indicated that they must have been placed there centuries ago.
(Editors note: Patrick Caulfield taught my mother in the local Belderrig schoolhouse during the 1930s)

Years later, his son, Seamus Caulfield who had studied archaeology, investigated further and discovered evidence of cultivated fields, houses and tombs which had lain hidden for many centuries.

By using iron probes (traditionally used for finding ancient trees under deep bog), Seamus and his team traced out a pattern of walls. The walls were “mapped” by the insertion of bamboo poles after using the iron probe and this gave a visual display on the surface as to the pattern and direction of the stones over many acres.